Psychology of Gambling – Why Do We Gamble?

Author: Benjamin Webb
Whether portrayed as a luxurious splurge in the glamorous world of the jet set making a quick trip to a Monaco casino, or quite the opposite – a queasy fascination with adrenaline rushes that sends a prodigy on a downward spiral of addiction, gambling has always been intrinsic to humanity. From the casual “How much are you willing to bet on it?” thrown here and there as a challenge to a friend, to the rooting for your favourite sports team after placing a bet at the bookmaker, to dedicating years of learning how to count cards and memorising strategies hoping to bring the house down – there’s just something about the nature of gambling that seems to strike a brash chord in us. What exactly is it, though? And more importantly – how do we control it so we don’t walk out of the casino with a maxed out credit card? Here are the motivators behind gambling mentality as explained by psychologists.
Share on Pinterest

Gambling Creates an Illusion of Control

Our brains are predisposed to be over-confident – for example, the illusion of knowledge that can leave us with a false sense of security about the daily decisions we make, as our brain simply refuses to admit we don’t know something obvious or are incapable of making a precise educated guess. This confidence is boosted by the illusion of control that gambling games give us or the belief that we can use skill to influence an outcome that is strictly defined by chance. It could be either taking a higher risk and thus playing at high stakes casino sites or a feeling of sudden luck that provokes a single extremely high bet. Either way, people tend to gamble more when they believe they can assert some control over the outcome of a game. Psychologists point out two main contributors to the gambler’s illusion of control: near misses and personal choice. 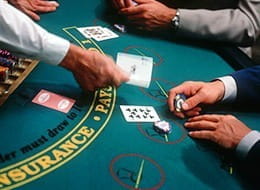 Near misses appear in many forms of gambling and can be generally described as being very close to the jackpot but not actually winning – for instance, being one number short of winning the lottery, getting a number that is next to what you had bet on at roulette or the horse you bet on finishing second. Medium frequency of such instances instils courage in gamblers to keep playing in the hope that the win is near and a false sense that they’re honing their skills with these almost-wins. Unfortunately, this also can happen at the best live casino sites in India.

The illusion of control is also determined by the idea of personal choice. In situations where the player is given the option to have an active role in arranging the gamble – like selecting the numbers on the lottery ticket, rolling the dice on the craps table, or being able to spin the ball on the roulette wheel instead of the croupier – being given a choice creates an illusion that the gambler is in a way exerting a skill to control the outcome of the game which in reality is entirely random. Both near misses and personal choice have been proven to lead to prolonged gambling and an increase in the size of bets gamblers make. Of course, this is well-known by the gambling industry and is often used to their advantage.

Betting and Winning Gives Us a Natural High

Gambling seems like a very contradictive activity – why would anyone gamble if we know that ‘the house always wins’ and that we’re far more likely to lose than to win? Because taking risks is exciting, no matter if you play at European gambling sites or at the top Bitcoin casino sites in Canada. Simple as that. Plus, there’s a tantalising promise that if we win, we will win big – getting something for nothing. Scientists have discovered a pattern of brain activity when people win money. The striatum – a region near the centre of the brain – is a major part in the process of rewarding and it’s also involved in processing natural reinforces like food and sexual stimuli and even substances of abuse like cocaine and other drugs. According to neuroscience research, gambling addiction and drug addiction share many of the same neural processes. So obviously, winning will instantly create a natural high, but the build-up to it can be just as powerful and exciting stimulator to some people. The sense of anticipation as you wait for the final score of the game, the numbers on the lottery, or the next card drawn – these create an adrenalin rush that many people seek in entertainment.

Another thinking error behind gambling motivation that leads people to false expectations of predicting or influencing the outcome of a chance-based game is the gambler’s fallacy. In this case, players attribute bigger chances of a favourable outcome based on previous outcomes. Essentially, this is what progression strategies for roulette are based on – the belief that if you keep betting and increasing your bet on, let’s say – red, you will eventually win. This ultimately leads to maxing your bets on red with absolutely no guarantee that it’s going to prove to be a win. Even after 100 black spins, the chances to get black again are 50/50. 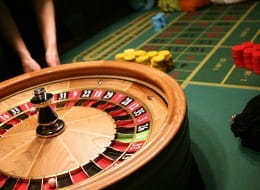 The most common delusions are that changing bet sizes (or progression) helps you win and that an eventual win will help you walk away with a profit. In reality, previous spins don’t influence in any way future spins and you can’t use long-term balance as a failsafe strategy. If you keep increasing your wagers, you will ultimately reach the maximum bet, so the payout of an eventual win won’t be enough to cover previous losses. The belief of ‘evening out’ or the feeling that you’re in for an overdue win after successive losses is gambler’s fallacy.

No one starts gambling with the idea of losing. Losing is – to put it mildly – unpleasant. Research has shown that people who place another bet immediately after losing are actually more irked by the frustration of loss than the thrill of a possible win. Other studies indicate that women have a bigger concern being seen losing, so they tend to prefer more private games where that won’t be so evident, like slots. Men, on the other hand, prefer games where they think they can exert more skill and rely not so much on chance. For example, they choose games widely regarded as skill-based like poker (although chance plays a massive role in it, too) where cognitive processes like the illusion of control make them feel like they can crack a pattern or devise a strategy to swing the odds in their favour. 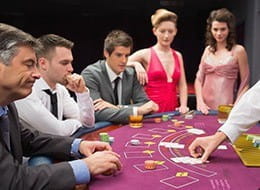 Male attitude towards losing is different as well – even if they lose hundreds of pounds playing poker, their self-assertive nature will focus attention on the fact that they can afford to lose that amount of money, obscuring the embarrassment of loss. In the long term, people who suffer immense losses continue to gamble not so much for the excitement of a potential win but more in an attempt to cover previous losses. One thing that eludes their clouded judgement is how unlikely to yield a win such strategy is. This tendency is called ‘loss chasing’ and is one of the key characteristics of compulsive gambling.

The Social Aspect of Gambling

Many children and young adults are exposed to gambling at home. People who have been included in the card games their parents played with their friends will also organise casino nights for their friends later on as a way of bonding through shared entertainment experiences that generally help bring people together. Seeking socialisation often leads people to brick-and-mortar casinos. However, with the rise of live casino Canada sites, more and more people find that socialisation at home.

The gambling environment is also a way to escape the mundanity of day-to-day life. An arcade shop, a buzzing bingo hall, or a glamorous casino (be it online) stirs in people new emotions, as they are exposed to new stimuli and able to interact with new people. A great example of a fun way to play without being in the middle of a crowd, though, is to check the top 10 bingo sites for UK players or the best gambling site for 2022.

Jumping on the Bandwagon 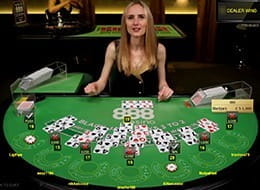 The range of motivational factors for gambling is extremely wide. While some people seek the adrenaline rush of the risk of gambling, others are pursuing financial gain, even taking up gambling professionally, there are also those who choose to gamble simply to fit in a specific group that they would like to be associated with. This is evident in the increased ticket sales when the lottery jackpots hit record-high – even people who have never gambled don’t want to be left out, so they go out and purchase some tickets, joining all the frenzy.

The Alluring World of High-End Gambling

Another aspect of what may lure people into gambling (one very well understood by marketers) is the glamorous image postulated by media and popular culture. The formulaic concept of gambling typically represents it as the champagne-laden extravaganza of wealthy people in a glamorous setting, with focus on the stacks of cash laying across the tables. Now, that seems like something everyone would like to be a part of, doesn’t it? Or, let’s look at horse racing – it has come to be associated with posh people dressed in stylish clothes sipping on champagne as they discuss the agenda on their busy social calendar and this gives off a sense of a high-end social standing that some people might be pursuing.