The Casino Security Technology that You Do (Not) See

Author: Benjamin Webb
People often try to cheat at casinos, usually with laughable results. The staff is the first line of defense against potential scammers, and they are usually more than enough to cope with most of the things that people could come up with. However, with the rapid development of modern technology, the human factor is getting less and less important. Ingenious scams are countered by ingenious technology, and there are now silent eyes watching over all that happens. There is a constant race between the development of security and the ways to break it, so things are currently much more complex than they appear to the naked eye. Here is our step by step guide through the maze that you navigate when you set foot in the casino.
Share on Pinterest

As soon as your car enters the casino premises, its number plate is scanned by a License Plate Recognition System. Optical sensors collect an image which is immediately turned into text and run through a database of ‘hot’ numbers. Casinos keep strict records of scammers and customers that make trouble, and their cars might be flagged from previous offenses. If the license plate matches something from the database, then the security officers are notified immediately, and the offender might be banned before he’s even had the chance to set foot in the casino.

At the Casino Doors

Face recognition technology has steadily started to become a part of our daily lives. The casinos are one of the (un)expected places where it is used. The faces of all visitors are scanned by inobtrusive cameras as soon as they walk through the front doors. Some systems simply store the images for later review, but the modern-day biometric facial recognition allows for immediate comparison with the database of known scammers. 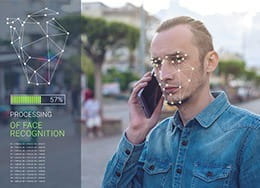 In the gambling world, casino cheaters usually become known to the authorities rather quickly, especially if they are trying to abuse loopholes in the laws rather than outright breaking them. This security feature can expose all kinds of criminals, even though there are some arguments over the effectiveness of its implementation. In reality, face-by-face checks have always been a thing at casinos, though in the old days it was performed by security personnel, which simply meant that scammers like the MIT blackjack team started to employ elaborate disguises.

At the Baccarat Table 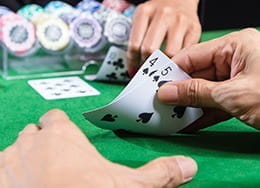 For some reason, the traditional baccarat game has often become subject of different gambling scandals, especially in Asia where switching cards is a favoured trick for wannabe scammers. However, you might be surprised to know that at many casinos you will actually be playing with marked cards. Invisible barcodes allow the cards to be tracked by a system known as ‘angel eye’. It is camera-based of course, but the underlying software not only tracks each card, but also simulates the end-result that should be unveiled on the table. Any discrepancies or unmarked cards alert the security personnel that something is wrong.

Naturally, the same technology can be employed with any card game in the casino – once, there was a report that a blackjack dealer had his family threatened by mafia members in order to convince him to switch the entire deck with a pre-arranged one. Of course, ‘advantage play’ techniques such as edge sorting cannot be detected by the system, but casino dealers are getting better and better at sniffing those out.

In the casino, the little tokens rule supreme as a separate currency. Casino chips are quite worthless in the outside world of course, except as a memento – indeed, some people take up collecting them as a hobby. However, most scammers prefer to try and prepare some fake chips and exchange them for real money as if they’ve scored a winning. However, to their unpleasant surprise, they soon find out that most modern-day chips actually contain microchips. Outside of the logos, stamps and serial numbers, each casino token emits a radio-frequency signal, which is recognised by a machine at the cash-in booth. This means that counterfeit chips are quickly detected. Meanwhile, attempts to steal working chips and exchange them on a later date can also be countered quickly by changing the frequency.

The Wagers Are Also Tracked 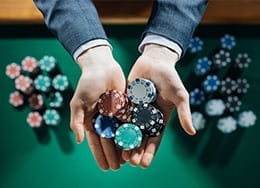 Another favourite casino scam is switching the chip denominations in your wager – people either lower the value of their losing wagers or increase the size of the winning ones. Naturally, such sleight of hand is highly dependent on the surroundings and the vigilance of the dealer, but works out in a surprisingly large amount of cases. However, the same microchips that verify the authenticity of casino tokens can actually be used to track the actual size of the wagers that are being placed – basically, the casino computers can now keep constant track of all the intricate details on each and every table. 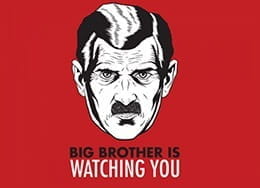 With all those sources of information already providing different stats for the casino, the logical next step lies in analysing them better. With new and better software coming out (TableEye 21 being just the latest brand), the casino has basically become Big Brother. Every little detail about the games is meticulously tracked. Meanwhile, programs like NORA (Non-Obvious Relationship Awareness) can even analyse the behaviours of different customers and alert security officers for any organised groups. Card counting teams have always been one of the biggest threats to casinos, even though the technique has been getting less and less viable in the last few years.

Don’t Even Think About the Vaults 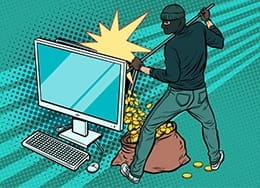 If you’ve been dreaming about going full Ocean’s Eleven, you can forget about that. Casinos are required to maintain significant cash reserves to back their chips, but with the capital in the casino industry increasing constantly, they’ve started to learn from banks and government agencies in keeping their assets safe. You’d have to drill for days to ever get into a vault, where silent alarms would expose you before you realize that something is wrong. In the last few decades, cyber attacks have posed a much more real danger than actual Wild West style robberies.

High-tech solutions might be playing a more and more serious role in maintaining casino security, but the human factor remains key. The ultramodern systems are still not that wide-spread, and security officers are more than needed. The best line of defence for the casino have always been experts that understand the floor, and most importantly: how a scammer’s mind works. Even though the tools get more and more sophisticated, scams still remain an exercise of wit and skills – and the same goes for preventing them. Otherwise, if you are just searching where to spend good time, online gambling sites are also a great option – they are secure, safe and offer an immense number of games. Another option is to go for one of the online slot casino sites. There, as you can imagine, you can find more games of luck than ones based on skills. After all, on our site every gambler will find something that will fit his taste, we can grant you that!