Crazy Odds About Weird Things – What are the Chances?

Author: Benjamin Webb
Did you know that the chances of winning the National Lottery jackpot are 1 in 45,057,474? Pretty unlikely you’re going to crack the lifechanging prize, huh? Yet how many of you still buy a ticket every week? Despite the unlikely chances of scooping the big cash, you have to be in it to win it as they say. Yet whilst the low chances of winning the lottery will not surprise anyone, there are some crazy stats out there that are way more astonishing. From being struck by lightening to winning an Oscar, we’ll delve into quirky, unusual and weird statistics that will blow your mind!
Share on Pinterest

Our Compilation of Bizarre Statistics

We have drawn the statistics used in this article from a wide range of sources. It is worth noting that there are various factors that can impact the real odds of something happening. We are not talking about games of skills like poker, that you can play in one of the best casino websites or a machine in one of the slot sites around. Even playing online at some of the top poker sites and not have visual contact with the other opponents, you can still change the outcome of the game in your favour. Even when you play online scratch cards for real money could easily become a lot more difficult than it looks like at first glance. However, it comes to something a little bit different. Take for instance a shark attack, if you swim in the ocean every day, needless to say, your chances of being attacked by a shark will be greater than those of someone who hardly ever goes in the water. With that in mind, let’s delve into some of the most interesting statistics that we found.

Weird Ways to Die – What Are the Odds?

If there is one certainty in life, it is that we will all die. Now there’s a light-hearted sentiment to start us on our exploration of weird statistics! Yet through researching this article, it would seem that the ways in which you can die is a topic that preoccupies many of us. Now, we are not going to examine the most typical ways that the Grim Reaper swipes his scythe here. We know all too well about diseases, old age, the usual suspects that lead to you croaking it. Here, we will look at some of the quirkier and out-there ways of popping your clogs. The interesting thing is that no matter how far-fetched and crazy some of them may seem, most of them are more likely to happen than winning the lottery!

We’re not talking deaths from the junk that you fill your body with from a vending machine, but when the machines themselves actually cause your demise. There have been documented cases of machines toppling over and crushing people to death, in most cases due to the user trying to rock the machine. The chances of being killed by a vending machine are around 1 in 112 million. But keep in mind that the chances of finding attractive casino free spins bonuses at the top gambling sites are very big. Given that the odds of being killed in a shark attack are roughly 1 in 250 million, that means the humble vending machine is twice as deadly as a shark! Think twice in future before you start shaking that machine to release your stuck packet of crisps!

You have to feel sorry for lefties. Not only is there a long-standing bias against left-handed people, the poor guys are also seemingly put in peril by their hand-dominance. Given that only around 10% of the world’s population is left-handed, the bulk of mass-produced products are made with right-handed operation in mind. When you consider tools such as scissors, knives and garden machinery are designed predominantly for right-handed users, it starts to explain why left-handed people have a 1 in 4.4 million chance of dying from using products designed for right-handed users. Fortunately, all of the tables at the best live casino for Indian players are safe for both left and right-handed people.

In David Hand’s book, The Improbability Principle, the chances of being struck by lightning are estimated at 300,000 to 1, resulting in 24,000 fatalities each year. Yet, according to the Royal Society for the Prevention of Accidents, an average of 3 people per year die in the UK because of lightning. This means that the odds of being killed by lightning in the UK are 66 times shorter than the global average. Men are also more vulnerable, with 80% of lightning strike victims being male. On the plus side, if you are unlucky enough to be hit by lightning, there is a 90% chance of survival.

Whilst for some a bath is simply a means to get clean, for others, it offers the chance to chill out and relax. Yet what may not relax you is that more people drown in their baths than in public swimming pools. Young children and the elderly are the most at risk from this type of death. Yet alcohol and drug use has also been linked to deaths whilst having a soak in the bath. Take Whitney Houston as a prime example, who, according to an autopsy report, drowned in a just a foot of bath water following drug use.

The Odds that Your Baby Will Be Born with Teeth 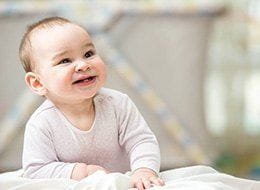 Whilst most babies cut their first tooth between 4 and 7 months old, some are actually born with one or more teeth. So-called natal teeth occur in approximately 1 in every 2000 new births. There are different types of teeth that a baby can be born with, including fully developed crowns with root structures, loose teeth without roots, small teeth just visible through the gums and teeth that are close to cutting through. Studies have shown that babies born with teeth often have siblings or parents that also had natal teeth. Believe it or not, there have been no stats released relating to the number of mothers that decide to breastfeed these toothy tots!

Chances of Being Born with Extra Fingers or Toes

Known medically as Polydactyly or hyperdactyly, the presence of a sixth finger or toe is a fairly common birth defect. 1 in 500 to 1000 new-borns have an extra finger or toe. The condition occurs most frequently on the little finger side of the hand with African-Americans, whereas Asians and Caucasians usually have it on their thumb side. 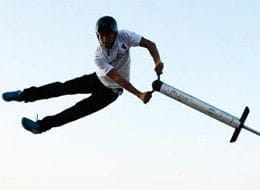 The humble pogo stick has been a favourite toy with both kids and adults alike for many years. Yet it comes with a surprising health risk. The chances of needing to go to A & E due to a pogo stick injury are 1 in 115,300. Recorded injuries have ranged from chipped teeth and facial lacerations to broken bones and head injuries. It could be argued that the rise of Extreme Pogo or Xpogo has given rise to injuries caused from pogo sticks, yet there is little research to support this. However, it has been documented that one of the first testers of an extreme stick suffered such severe facial injuries that he required plastic surgery to repair his lips and nose.

Using the toilet is a straight-forward enough task, right? Well, the odds are 1 in 10,000 that you will sustain a toilet-related injury. The list of crapper-linked injuries includes bruised buttocks, pinching, and other such ailments. In fact, the largest proportion of toilet injuries are occurred by toilet seats landing on body parts, particularly in males. Surely there are few injuries that would be less embarrassing to explain to your doctor!

If the stats you’ve read so far have left you a little on edge, then let’s end this article on a positive note. Ever wondered how likely it would be for you to date a supermodel? How about landing an unbeatable hand in poker at a UK online live casino? Calling a bingo in 5 calls? We already know that winning the lottery jackpot is somewhat of a shot in the dark. Yet here are the odds of some of the more sought-after events occurring in life, all of which are more likely to happen than winning the lottery. And by the way, if you want to check this bingo thing for yourself, you might as well do it at one of the best online bingo sites in the UK.

View All Posts
Check Our Hottest Offers For December 2021
Winstar Social Casino
6x (500%) More Chips on 1st Purchase
Claim Offer
Gambling Guides
Popular Articles
Beginner Guides
Recommended Casino Sites
What Is Your Favourite Casino Game?
Submit
Results
Open Special Offers
Winstar Social Casino
6x (500%) More Chips on 1st Purchase
Claim Bonus
18+ Winstar Social Casino does not offer “real money gambling” or an opportunity to win real money or prizes. It is intended for an adult audience and entertainment purposes only. Due to this app’s authentic nature, all users are required to be 18 years or older to play. By downloading the app, you agree you are at least 18 years old and comply with all local laws pertaining to social gaming. Practice or success at social casino gambling does not imply future success at “real money gambling".