In our Eastern Gold Deluxe slot review, you will find out about all the thrilling features of this unique slot. It features an extra jackpot feature that can be won if all the symbols on the table have a small gold coin next to them. The gold coin is randomly displayed on some, but hardly on all the symbols. The Eastern Gold Deluxe RTP is 95%, and even though the paytable is short, the rewards are satisfactory. 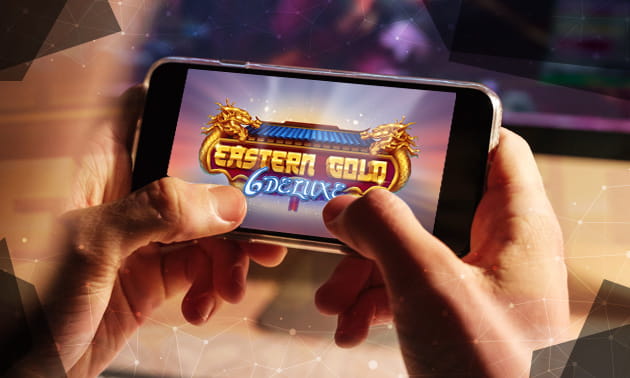 The free demo version of the Eastern Gold Deluxe slot machine will give you a basic understanding of the game and its mechanics. It’s important to learn how to play before you start betting your hard-earned money. Also, you’ll get to experience the gameplay in first person and get to know if the game is for you. 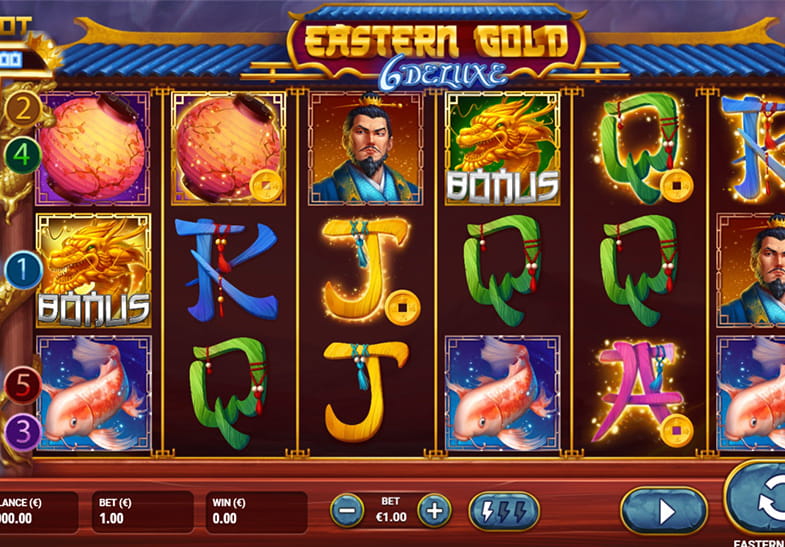 Many of the online casinos offer the Eastern Gold Deluxe slot, but amongst them, you’ll surely find some that don’t have appropriate licences to operate, yet they do. In case you would prefer playing at real money Eastern Gold Deluxe casinos, we’ve got you covered!

When you play the Eastern Gold Deluxe online slot, you will notice the Asian orient theme at first. After the first few spins, you’ll get to know that the slot is actually pretty straightforward, and there’s nothing you could do in order to win – you just need luck!

The Eastern Gold Deluxe slot RTP is decent, and the game volatility is medium, but you can always adjust it while playing. With the special scatter symbol – a dragon, you can get up to 25 free spins. But the number of free spins depends on the total scatter symbols you have on the reels.

Eastern Gold Deluxe slot’s RTP is 95%, which isn’t one of the highest, but still decent overall. The payout table is short, and once you get a few bigger wins, you’ll get to know that it’s actually enough. The rewards may be rare but getting a multiplier of at least x4 or x5 feels good!

The highest paying symbol is the Emperor dressed in blue. If you have 3x of them on the reels, you’ll get x20 your initial bet. The paylines are also not many – just 5, but as we’ve already said, once you get a win, it will compensate for its rarity. 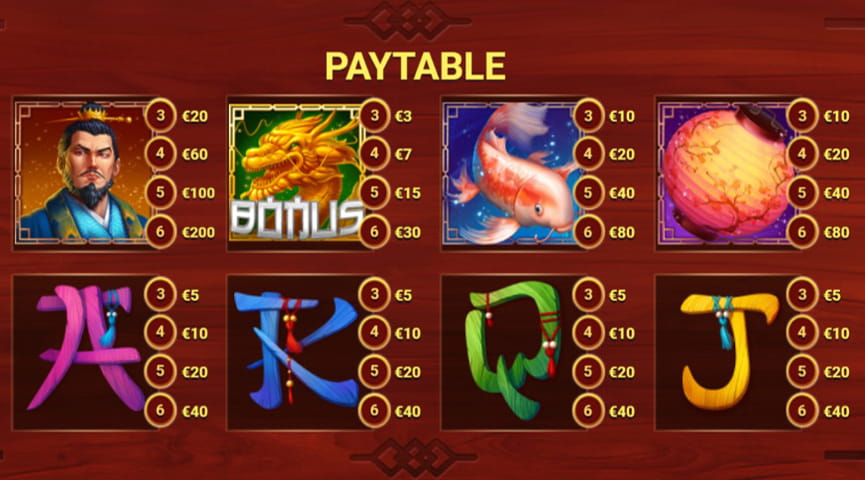 Your bet range when playing Eastern Gold Deluxe will be from £0.05 up to £20 for each spin. The game doesn’t offer any progressive jackpot, but there’s a fixed jackpot. In the right bottom corner of some symbols, you’ll see a golden coin – if you have coins on all symbols, you win x5000 your bet!

We’ve already gone through the fixed jackpot with x5000 multiplier, but what about the free spins round? To grab some free spins, you’ll need to have at least 3 scatters on the reels. Depending on the number of scatters, you can receive from 10 up to 25 free spins at once.

The game is completely functional on mobile devices, and each feature works exactly as if you’re playing on a desktop. When you play Eastern Gold Deluxe on your mobile device, you won’t experience any lag spikes or screen freezes, given the fact that you have a strong internet connection.

There used to be no advantages when playing slots from a mobile device. Usually, there would be lag spikes that create frustration, and whenever the player loses money, it gets harder. Now, playing slots from your smartphone is your pocket alternative to the brick-and-mortar casinos.

Playing Eastern Gold Deluxe is a straightforward procedure, and you’ll either win or lose. Even though there aren’t a lot of winnings, I found out that the free spins round come quite often. Each win also comes with multipliers such as x4 and x5. And the extra jackpot feature on the left side of the reels makes the game extra thrilling – you can multiply your bet 5000 times!

If you’ve enjoyed playing the Eastern Gold Deluxe online slot, make sure to check out similar games such as the Asian Beauty slot. It offers similar features and lets you dive into the eastern world once again. Also, playing at the best slot sites will ensure you a high-quality experience.

One of the best online casinos to play Eastern Gold Deluxe right now is LeoVegas, which offers a great welcome bonus for its new players. But you should feel free to explore other casinos that hold the proper licences from recognized gambling regulatory authorities.

Our Eastern Gold Deluxe review won’t be complete without the section with the most commonly asked questions. We’ve featured them along with answers leading to extra information. You can explore any part of this review through this section, and get to know the slot’s features better.

✅ Where can I play Eastern Gold Deluxe?

Even the brand-new slots can be found at multiple casinos. The top-notch Eastern Gold Deluxe online casinos tend to keep an eye on the new high-quality slots and add them to their collection as fast as possible. After all, they should keep up to date in order to offer a variety.

❓ What is the Eastern Gold Deluxe RTP rate?

While some people may say that the Eastern Gold Deluxe payouts aren't that good, the RTP is decent – 95%. The winnings may not come with each spin, but if you get a good one, you'll be back in the game!

🎁 Does Eastern Gold Deluxe come with a special bonus round?

Yes, there's a special bonus round with the Giant Symbols feature. That special round comes when you hit at least 3x scatters and receive free spins. Check out the the best online slots bonuses to find out a variety of bonus rounds with different features.

⭐ What are the best Eastern Gold Deluxe casinos?

We've talked about many websites that offer the Eastern Gold Deluxe slot, and most of them are a part of the best casino sites that we've reviewed. Each one of them offers high-quality gameplay and holds proper licences.

💻 What is the Eastern Gold Deluxe software developer?

The Eastern Gold Deluxe is released by Gamevy slot developer. Gamevy has been operating since 2013 and has contributed to the gambling community with over 10 unique games. They tend to focus on innovative slots, which are hard to come up with nowadays.

We’d like to offer you a rich variety of software reviews and high-quality slots as well! Have fun going through the different software providers and explore the gambling community and its diversity.