Author: Benjamin Webb
Las Vegas is not only a gambling paradise but also one of the most attractive cities in the United States. Being the home of many famous hotels, night clubs and museums, it comes as no surprise, that Vegas has attracted the attention of the entertainment industry. As you might be aware, many popular films such as Casino (1995) were filmed in Vegas, but did you know that many popular TV shows were also shot in Vegas? If you are eager to find which are the top 5 Vegas TV show locations, just keep reading our article.
Share on Pinterest

There are many Las Vegas TV shows created over the years and simply just listing them will not do. We want to give you our top 5 TV shows in Vegas as well as give you a short overview of their main plot. With a city that is that iconic, there is no wonder that it attracts the attention of moviemakers. What you can mainly expect from the plots of such shows is gambling and crime as there are real reasons behind the city’s nickname – Sin City. Here are our top 5 picks of Las Vegas TV shows. 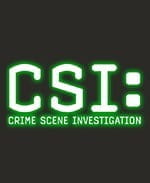 CSI: Crime Scene Investigation, also known as CSI: Las Vegas is one of the most popular crime TV Shows filmed in Las Vegas. Long before CSI: Miami, Horatio and CSI: New York, the crime specialists from the popular TV series showed us how crimes were solved in the city. Even nowadays, CSI: Crime Scene Investigation remains the most famous shows filmed in Las Vegas and still attracts many tourists to the city. if you are interested in getting close to the legendary set and characters, you can visit The CSI: Experience attraction, which can be found at MGM Grand. In it, they will be able to play the role of crime scene investigators and perform realistic CSI tests such as matching DNA, identifying single strands of hair and examining bullet casing. 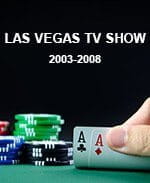 The comedy-drama Las Vegas is without a doubt one of the most popular Las Vegas TV shows ever made. It shows us how the security of casino management works in a Las Vegas casino. However, the show was not particularly realistic as it could be argued that what it showed us was a glamorised version of how real-life casino security teams handle things. The series ran from 2003 and 2008 and counted with the stellar appearances of James Caan, Josh Duhamel, Molly Sims, Nikki Cox, Vanessa Marcil and others. Set in the fictional casino Montecito, a number of scenes were shot at the Mandalay Bay. However, the fictional location of the casino resort has constantly been changing throughout the five seasons of the Las Vegas show until it was finally located across from the Luxor, according to some aerial shots included in the Las Vegas TV Show. Vegas, also spelt as Vega$, is popular private detective crime drama Las Vegas TV Show, which originally aired on ABC from 1978 to 1981. The Vegas series revolves around the life of the private detective Dan Tanna (portrayed by Robert Urich), and his long list of clients, which includes Phillip Roth – the owner of many Vegas casinos. The show also counts with an impressive list of guest stars such as Kim Basinger and Melanie Griffith. It is an interesting fact that the show was filmed almost entirely on location and shows Las Vegas in the 80s just as the city actually looked like. Vegas is without a doubt, one of the most interesting TV shows filmed in Las Vegas to watch as it allows us to see how the city used to look like and how it has changed in the last few years. 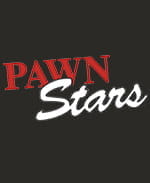 Pawn Stars is a popular reality show broadcasted on History Channel. It premiered in 2009 and until today it stays one of the most successful Vegas TV shows that we have ever seen. The series is filmed in Las Vegas, Nevada and follow the daily activities at the Gold & Silver Pawn Shop, located in 713 Las Vegas Blvd. Nowadays, the shop is a famous tourist destination, which is even more visited than the wedding chapels that it is surrounded by. In fact, the business has expanded so much that the stars even have their own neighbouring shopping complex and a restaurant where Rick could be seen serving barbecue on a daily basis. It comes as no surprise that the popular Vegas TV show even inspired the creation of a Pawn Stars online slot based on the shop. 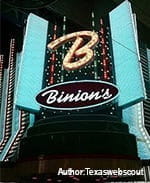 Casino Confidential first aired back in 2012 and quickly became one of the most-watched shows filmed in Las Vegas. The reality show unveils the life behind the scenes at Binion’s Casino in Downtown Las Vegas. The employees of the gambling hall are the main characters of the Las Vegas TV Show, which follows their encounters with many eccentric individuals that wander inside the casino premises. The show gained its popularity due to the fact that unlike many other series it does not show the most glamorous casinos in Las Vegas but rather a classic, small gambling hall with a rich history that might seem rather outdated and smoky. Binion’s Gambling Hall’s gambling hall, however, has a long history with the media and has already been featured in the 1971 James Bond movie Diamonds Are Forever during a chase scene. The casino, which is located on Fremont Street in Vegas has also been shown in U2’s 1987 music video for the song I Still Haven’t Found What I’m Looking For and in Snoop Dogg’s 2005 music video for his single Signs, featuring Justin Timberlake. If you are a film fan, you might have also seen the small casino in the 2007 movies Lucky You starring Eric Bana and Drew Barrymore. The history of Binion’s Casino was also mentioned during an episode of Pawn Stars.

Did you like our list of the top 5 Las Vegas TV Show locations? If so, we hope that you will visit some of them during your next trip to Vegas. And if you feel like gambling right now, take advantage of the best online casino sign up bonuses. Meanwhile, many other TV shows felt attracted by the glamorous life in Vegas and shot at least one of their episodes in Nevada. There are also certain TV series that were entirely filmed in Sin City. Wondering which are they? Here are some honorary mentions:

We hope that our article has been interesting and useful to you. Are you heading to Vegas? If you are seeking more attractions, why not check our article on the Top 10 Museums in Las Vegas that you must see. And if you want to learn about the hotels that you should definitely avoid, check out our article about the worst hotels in vegas.

💭 What TV shows are filmed in Last Vegas?

There are many Last Vegas TV shows that have been aired throughout the years. We have gone over what we consider to be the top TV shows filmed in Las Vegas along with some honorable mentions.

Of course, you can. Depending on the region you are in there are different both online and home streaming services that can offer any of the shows from Vegas that we mentioned. If our top 5 Las Vegas shows are not up to your tastes, you can always check out our honourable vegas TV shows mentions.

Poker and Blackjack are a staple of any reputable land-based casino. Watching shows filmed in Las Vegas will almost always feature a scene of gambling in a casino and mainly with those card games. We can guarantee that the experience while playing them is like no other. That's why we recommend checking out our top poker sites article we have made covering them.

🏈 Is there sports betting on TV shows filmed in Las Vegas?

Yes, there is. One of the shows we mentioned, The Player, includes placing wagers on the outcome of events, which is close to sports betting. It is currently one of the most popular types of gambling in the world and it is growing even more. We have covered this in an article for people that want to experience this. If you are interested, give our top sports betting sites list a look.

While the location that they are filmed at or have a scene filmed at is real, most of the tv shows are not completely real. Of course, this does not include the reality-oriented shows like American Casino, which are still not completely authentic. We know that being a real casino may sound exciting. That's why we have compiled a list of the best live casinos, where you can experience the real deal from the comfort of your home.