Most Famous Gamblers – Do You Know Them?

Author: Benjamin Webb
Hey there! Welcome to our blog! How are you doing? This topic is very special, and we hope you enjoy it. We're going to talk about the most famous gamblers, both living and dead and we will share some interesting facts about their personal lives and their gambling encounters. Some of the names you're about to read might be familiar from another blog post of ours about famous quotes, others you might have never heard of before. Whatever the case – we're here to educate you! Have fun!
Share on Pinterest

All the money and fame can easily play with your mind and turn you coo-coo – most of the celebs we love, unfortunately, go down the rabbit hole real fast, engaging in alcohol, drugs and, of course, gambling. However, some of the greatest actors and singers are all okay – they just like the thrill of the casino and spin the wheel or spread the cards occasionally. Can you guess who is on our list? You’ll be surprised! 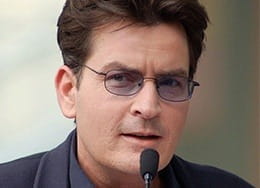 Or Charlie Sheen, to be exact. No surprise here – according to a lot of tabloids the actor definitely has adapted to his role of Uncle Charlie from Two and a Half Men in real life as well. But who can judge him? He’s rich, he’s famous, and apparently, he likes betting on sports. We’re not sure how he’s doing after leaving the show – what we’ve heard is that he’s now a retired gambler that still looks at the lines, but does not bet anymore. Whether it’s true or not, as long as he’s healthy and has a few dollars in his pocket – everything is okay! Too bad he isn’t coming back on the show, though. 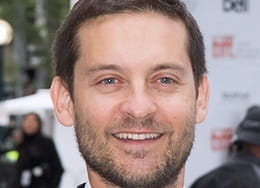 Wait, what? Spiderman? Yes! The actor loves gambling, probably a little bit too much. It has gotten to the point where big names like Independent wrote about one of his games back in 2011! Tobey Maguire was sued over winnings at high-stakes poker matches, where it is said that a fraud called Bradley Ruderman tricked him. The guy has apparently settled (or tried to) his debts to Maguire with stolen money from his other victims, that totalled in $311,000! He’s even mentioned in the long-titled book ‘Molly’s Game: The True Story of the 26-Year-Old Woman Behind the Most Exclusive, High-Stakes Underground Poker Game in the World’ as a good player but ‘the worst loser’. We hope that Spidey has learned his lesson! 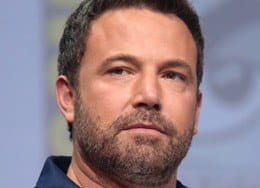 We’ve written a separate post about Mr Affleck’s gambling problem, so we’re not going to go deep into details here. We’ll only say that he’s a pretty good gambler. Actually, he’s so good he was banned from a casino! Well, at least according to tabloid rumours that turned out false! Guess some casinos were just worried Ben would take all their money and for a good reason. The actor has never been into other types of gambling except for Blackjack. He has shared in several newspapers that he was so intrigued by this game that he took his time learning to count cards and become good enough to play. Way the go, Batman!

Not only actors but a lot of musicians, singers, rappers and more also have a thing for gambling. Some of these celebs are well known for that, while others might, again, leave you speechless. Here is our list of top 3, let’s say, musical gamblers: 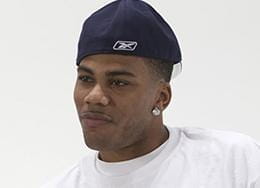 Now, here’s where it gets a little bit weird. The rapper has been accused by his own promoter that in the song ‘Hot in Here’, Nelly shares how he’s blown all his money on gambling. As you’re probably aware, most rappers actually rap about drugs, gambling and women in a very non-kid-friendly way, so we couldn’t say at first if this is true or just a way to sound cooler. We’ve found that back in 2004, the rapper has had a little fiasco at The Admiral Casino. It looks like the casino wanted to give special treatment to the star, that later led to a £50,000 fine that had to be paid from the casino! That’s a lot of cash! No new news around Cornell (Nelly’s birth name), but we hope he’s okay and has stopped gambling for a while. 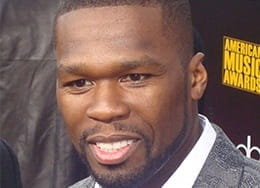 Another rapper that probably a lot of you adore (we’re huge fans!). This is the music that most of us grew up to and we can’t deny – this guy has talent! But alongside his rapping portfolio and his water business (fun fact – 50 Cent has his own brand of bottled water!), the rapper also has a really colourful biography, which may also include a little bit of gambling. Some years ago, 50 Cent won $500,000 by winning a bet he made on the Super Bowl. Of course, he showed off his big win on social media and made the most endearing statement – he said that he’d give all the money to his grandmother, who would probably faint of joy. Now that’s a grandson anyone would love! He has had other gambling adventures, but we wanted to share this one because it was just so darn adorable in a way. However, you should know your limits and gamble responsibly! 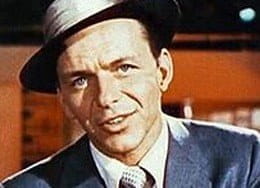 We saved the best for the end. Are any of you surprised that Frank Sinatra himself is on our list? Actually, the name of this idol is somewhat synonymous with the casino industry. The song ‘Ol Blue Eyes’ became very popular at the casinos, but it’s not just the song that connects the dots. From our research, we’ve learned that Mr Sinatra has been a casino game fan and quite a famous gambler at the time. Can you imagine? He is considered a symbol of the golden era in the history of casinos and also the person who brought the casino to the high ‘status’ of a cultural institution. This wonderful person is now in the Gaming Hall of Fame, admired by thousands of players around the world.

The Best of the Best

In this paragraph, we’ve decided we will just mention some of the most famous gamblers since we’ve written a quite detailed blog post about their lives and their gambling history. These are names that you’ve probably heard about already – these are the idols of casinos and some of them also fall in the richest gambler in the world chart! And if we inspired you, why not try your luck at some of the top gambling sites UK or check out our selection of the best online gambling sites for real money in the UK?