Guns, Girls and Gambling Review – Learn All About the Heist Casino Movie

Author: Benjamin Webb
Guns, Girls and Gambling (2013) is one of the most popular casino movies, released in the last few years. The film features Christian Slater as the main character and also counts with Gary Oldman portraying an Elvis impersonator. If you like heist movies, you might enjoy watching this one. Even though it is certainly not a blockbuster, the film features many plot twists and unexpected events. Eager to find out more? Stay with us and read our review to learn all about the movie and its gambling aspects.
Share on Pinterest

Before we move on, let’s see what Guns, Girls and Gambling is all about. The story revolves around John Smith – a regular man, who seems to have bad luck at gambling. After he breaks up with his girlfriend, the main character heads to an Indian Reservation casino with the idea to change his destiny. However, things do not turn out the way John expected, and after he has his wallet stolen by a girl, he decides to enter an Elvis Impersonation contest. As can be expected, John does not win. But he is still invited to play poker in a private room with the other Elvises. He once again loses and passes out. When he awakens, the security guards at the casino tell him an Elvis Impersonator has stolen a priceless ancient Native American mask and they think he is the thief. He denies and unwillingly goes looking for the mask. But so do the other Elvis impersonators, a dangerous blonde and many other greedy characters. Ready to take a glimpse at the movie? Watch the trailer below: 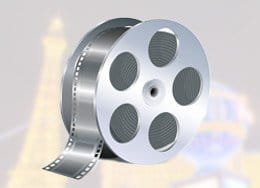 Wondering what to expect from the movie? Unfortunately, not much if you are an art fan. If you thought the time of the low-budget action films was long gone, Guns, Girls and Gambling clearly proves you wrong. The movie is a derivative knockoff of some of the most famous Quentin Tarantino films, but instead of boosting creativity, it reminds us of an ordinary anachronism. There are various reasons why the movie did not make it to the theatres, but the main one is that it is full of clichés and seems rather outdated. Even though the idea behind the script had a lot of potentials, unfortunately, it was not executed well enough. The surprising plot twists are overshadowed by the many undeveloped characters and the lack of motives behind their actions. While it is clear that all Elvis Impersonators, the Blonde, The Sheriffs and the others are after the mask led by their greed, the unnecessary and unreasonable violence make many scenes fall into the category of kitsch. The many still eye level shots clearly contribute to a great visual quality but do not deliver the necessary feeling of action and movement that the film needs.

It often seems like Guns, Girls and Gambling is also desperately trying to reach the level of the cinematic ingeniousness of Lock, Stock and Two Smoking Barrels (1999) but unfortunately, unsuccessfully. Instead, the movie delivers banal dialogues, which are trying too hard to be witty and clever. For example, every time we hear The Blonde reciting the poetry of Edgar Allan Poe before killing someone reminds us of the typical quirks we have seen in many low-budget movies from the nineties. John Smith himself is also not convincing as a lead character and the plot twists around him could be intriguing only if the viewers have put certain emotional investment in the first place. Yet, the movie is not necessarily inadvisable to watch. If you love comedy action movies that can help you escape from your busy everyday life for a while, Guns, Girls and Gambling is certainly the right film for you. Moreover, if you like gambling movies, you will certainly find the casino scenes interesting. Eager to learn more about them? We will discuss all the gambling aspects of the film in the following paragraph.

The Gambling Part of the Film

As it becomes evident from its title, the movie features plenty of casino scenes. In the beginning, we see Christian Slater’s John Smith unsuccessfully trying to win money while playing classic slots at an Indian Tribe Casino. While we cannot know the exact RTP of the machines the main character used, we can only assume that the odds were not in his favour as a part of his persistent bad karma. Maybe he would have different luck playing online video slots? Unfortunately, we will never know that as the character was clearly interested in land-based gambling only. In fact, John Smith was so desperate to win from the casino that he even entered an Elvis Impersonation contest, even though he was clearly not prepared for it. Once again, he lost to Gary Oldman’s apparently impeccable impersonation of the King of Rock. 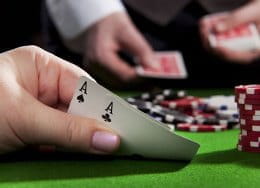 Nevertheless, John got along with the other Elvis Impersonators and joined them for a friendly poker game at one of the casino’s private rooms. As you may know, private rooms are usually available for high-rollers only. However, this was not the case with our characters, and they were only allowed in the room due to the fact that the manager was a fan of Elvis Elvis. Unfortunately, we did not get to see much of the game, apart from the moment in which John Smith loses and passes out. He is then awakened by the security team, which advises him that he is the main suspect of having stolen a priceless ancient Native American mask. He denies but hears a story of how many years ago, the mask was taken by a bunch of White Americans, who were not lucky enough to live long. Meanwhile, as a part of his narration, John Smith claims that the Indian Tribe Casino was built to satisfy the Native Americans’ greedy ambitions. As we deeply disagree with that statement, we would like to explain to you how the Indian Tribe Casinos actually emerged.

The Story Behind the Indian Tribe Casinos 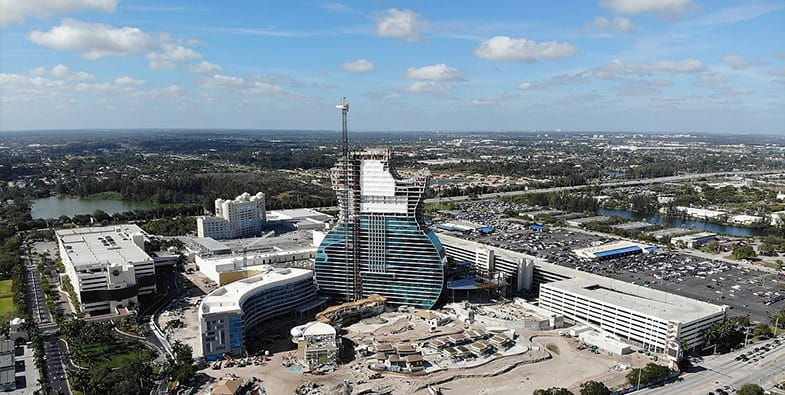 In the early 1970s, a married Chippewa couple living in a mobile home on Indian lands in Minnesota received a property tax bill from the local county. However, the couple were certain that they were taxed unfairly and took the case to the local attorneys’ office. After they lost their case twice in the state district court, the Bryan family sought review in the United States Supreme Court. The Court unanimously decided that local states did not have the legal right to tax Natives on their reservation lands and that they also lacked the authority to regulate their activities. Therefore, Native Americans could legally open gaming venues on their lands.

The Seminole tribe were the first ones to build a high-stakes bingo on their reservation lands in Florida. Contrary to local laws, the bingo was opened 6 days a week instead of 2 as it was rightfully stipulated. After a number of court appearances, the Seminole tribe managed to prove that they had the legal right to operate their venues the way they wanted. As it could be expected, the Natives began putting private casinos, bingos and lotteries on their reservation lands all over the country, which led to certain issues. As a result, the US Government has tried to introduce many legal amendments to regulate the Indian Tribe Casinos, but all attempts have so far been unsuccessful.

Is Girls, Guns and Gambling the Right Movie for Me?

As we have already established, Michael Winnick’s Guns, Girls and Gambling is certainly not a cinematic masterpiece. From an artistic point of view, the film lacks originality and relies on stereotypes, dark humour and racist jokes. The characters are underdeveloped, especially The Blonde who seems to be recklessly killing everyone who comes in her way, without a clear motif. The attempt to imitate some of the cult characters created by Quentin Tarantino and Robert Rodriguez is rather obvious and frankly, unsuccessful.

Even though the film was not a commercial success, however, many viewers have given it positive reviews, claiming that it was entertaining and fun. Thus, if you are not looking for the typical gambling drama, in which the main character falls into the trap of the glamorous casino life and loses everything, Guns, Girls and Gambling might be the right film for you. It is certainly emotionally disengaging, and its storyline develops fast enough to keep you interested. If you feel like watching it, you can find the movie on Netflix and Amazon Prime. Looking for more casino movies? Why not check our lists of the Best Gambling Movies and the Top 10 Casino Films to watch on Netflix? Meanwhile, if you wish to play a casino game, you can do so from the comfort of your home by choosing one of our best casino sites!