Author: Benjamin Webb
No matter if you are a slot lover or a table games devotee, we are sure that you have noticed people in the casinos that you've been at, that behave in a certain way. If you want to be accepted as a serious gambler (and yes, such a thing definitely exists) and not just some newbie that wants to spin the wheel, you will have to learn to behave properly and to follow the casino etiquette, no matter if you are on the blackjack table or on the roulette one.
Share on Pinterest

Hypothetically, you could enter a casino for the first time, all by yourself, and behave in such a way that no one notices you’re a newbie. Yet, it is highly unlikely. Admittedly, brick and mortar casinos are a bit daunting the first couple of visits. Besides, there are some unwritten rules on how to behave and when someone breaks them, they look as if they don’t belong. To make things easier on yourself, have a look at the following points, which underline the most important rules of casino etiquette:

All of these tips, we must say, are simply a quite basic gambling etiquette. Don’t imagine that you will magically turn into a James Bond or Daniel Ocean. Still, they will help you a lot. The dealers will have no reasons to hate you and, trust us on this one, you will have a much better experience!

One of the very first things that players preoccupy about is the tipping. When it comes to casino tipping etiquette, there is no rounded number that you necessarily must give to the dealer. Usually, it depends on several factors. Like for example, the limits on the table on which you are sitting. If you are playing with £5 to £50, no one expects you to tip the dealer with £50. But if you are all the way up to the high-roller tables and you play with £500-£5000 per hand, it will be just ridiculous to leave a pound. For the United Kingdom, it is accepted that you give around 10-15% of the amount of your buy-in.

Roulette is easy to play and it’s probably the next thing after slot machines a newbie should try when it comes to simplicity. Yet, even if you just want to place a single wager on a straight number, you might hit a wall if you aren’t aware of some basic rules. Imagine you choose a busy table with a crowd of experienced players and there you are not sure what you are doing at all. Here are our tips for when you approach the roulette table and you want to follow the gambling etiquette:

Everybody loves blackjack – it’s the world’s favourite casino game. Besides, thanks to the many movies and movie scenes we’ve seen, many people think they know how to play it, what to do, and what not to do. Unfortunately, that’s not always the case and sometimes movies portray things deliberately (or not) wrong. We aren’t going to go into detail about it but here are just a few pointers when you’re looking for a game of 21 and the blackjack table etiquette you must follow:

Craps is especially popular with parties. One of the reasons for that is the fact that, unlike other games, it encourages socialising and allows for a lot of interaction. If in other games you aren’t allowed to touch anything on the table and are required to keep your opinion to yourself, here players get to be a shooter – and sometimes if you help someone win big while throwing the dice, they might even give you a tip – and, also, they get to encourage one another by cheering and commiserating respectively. Still, there is a proper casino etiquette for the game which you must try to follow.

Poker is a straightforward game, which is played best when people show no emotions, hence the poker-inspired idiom poker face. But while bluffing is an important part of this card game, it is namely at the poker table that some people choose to make a scene – discuss their hand, make assumptions as to other players’ hands, give unwanted advice, etc. You’ve got a good hand or you’ve just snatched the pot and you want to gloat? Not very classy. But there’s more. Let’s have a look.

Now, compared to traditional land-based casinos, the live casino is fairly free of rules. After all, you’re at home, fully anonymous to other players and the dealers, though the casino has a record of who you are and your bank details, so don’t forget that. Besides, at online casinos, you can get amazing bonuses. For your convenience, most of the rules of good behaviour we have mentioned are not applicable. For example, you couldn’t touch the cards even if you wanted to. What’s more, you can’t splash the pot at poker or place your chips in the wrong place at roulette. Moreover, you cannot be either too early or too late to place a wager, simply because those would not be accepted by the system. Also, you can react to your hand and be as loud as you like – but that’s only in your own home. 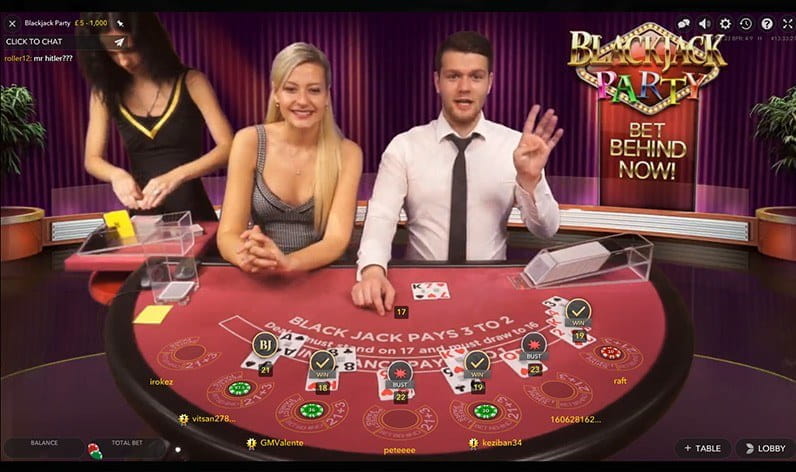 However, don’t transfer those emotions to the chat window, which is made available by most live platform providers. Though you’re anonymous, remember your good manners and don’t take advantage of the fact that the dealer is there at work and they have to read whatever stupid thing you’d decide to post in the chat. Don’t be rude and, by all means, don’t use swear words – you’d be amazed at the obscenities that can be seen at some of the games’ chats.

It is also simply unpolite to constantly write, occupying both the dealer and the other players. Don’t write in capital letters only – that’s rude and is usually accepted as ‘text screaming’, let’s say. And always remember that the dealers have no control over the cards that are coming your way, just like in a regular brick and mortar venue, therefore you must not blame them or take it out on them. The rules are pretty simple and basic and, according to all of us (a bunch of experienced gamblers), it is just about good education while playing.